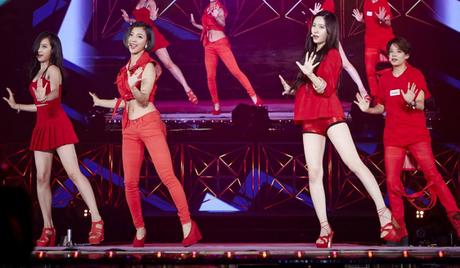 f(x) is a South Korean girl group that debuted in 2009. Known for its experimental electropop sound, it is the first K-pop group to perform at South by Southwest, an annual festival in Austin, Texas, that celebrates film, interactive media and music. The group originally comprised five members, but Sulli left the group in 2015. The four remaining members are Victoria, Luna, Amber and Krystal.