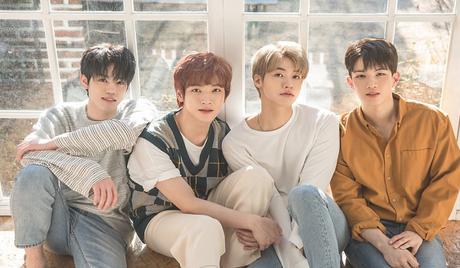 N.Flying is a South Korean rock band formed by FNC Entertainment in 2013. They made their debut in late 2013, with the release of their indie single in Japan. In 2014, they released their second Japanese indie single and tmade their official debut in Korea on May 20, 2015. In 2019 the band’s popularity skyrocketed as their single, “Rooftop” went viral, topping every major Korean music chart, months after the track’s initial release. The winner of several awards, the band has performed both at home and abroad, and has appeared on various music shows, including the “SBS Super Concert in Incheon” (2019).