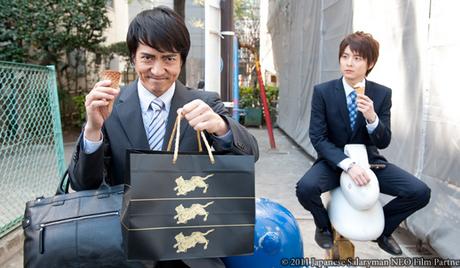 Watch 'Japanese Salaryman NEO' with our fast and smooth mobile player, optimized for your phone and tablet

Who could say they really loved their first job out of college? Makoto Shinjo (Teppei Koike) had another career in mind but goes to work in the sales department for NEO Beer when he is offered a job there. The No. 5-ranking company in beer sales is struggling for fresh ideas but you won’t find any on its top sales team, managed by Ichiro Nakanishi (Katsuhisa Namase), who had a hit product early in his career but has since settled into mediocrity and spends his time rooting for his favorite baseball team instead of focusing on work. Fellow salesman Ken Kawakami (Ikki Sawamura) hasn’t secured a single sales contract in his five years with the company. Fed up with his crummy job of schmoozing retailers and participating in drinking sessions, Makoto makes up his mind to find another job. But everything changes when his idea for a new product suddenly takes off. “Japanese Salaryman Neo” is a 2011 Japanese film directed by Teruyuki Yoshida. 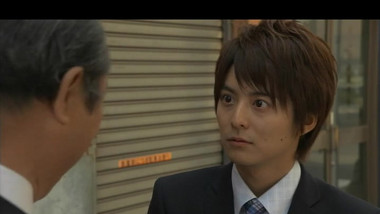