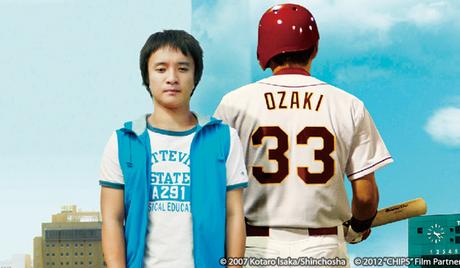 Watch 'Chips' with our fast and smooth mobile player, optimized for your phone and tablet

A petty thief and a professional baseball player were both born on the same day in Sendai, Japan, but lead very different lives. Tadashi Imamura (Gaku Hamada) is a nervous thief who makes a living by breaking into people’s homes, accompanied by his faithful girlfriend, Wakaba Onishi (Fumino Kimura). Wakaba can’t understand Tadashi’s obsession with pro baseball player Ozaki, who hails from Tadashi’s hometown. But when Tadashi decides to break into Ozaki’s home, these divergent lives come crashing together in unexpected ways that will deeply move you. “Chips,” also known as “Potechi,” is a 2012 Japanese film directed by Yoshihiro Nakamura. The movie is based on a short story that appeared in the novel “Fish Story” by Kotaro Isaka.