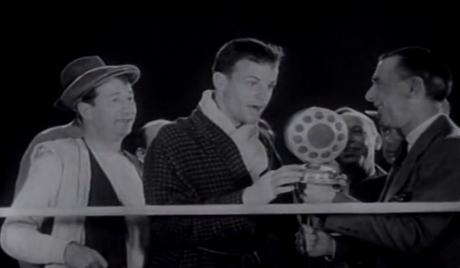 Watch 'The Big Chance' with our fast and smooth mobile player, optimized for your phone and tablet

Before Sylvester Stallone made his “Rocky” boxer a household name, there was the original Rocky in this classic 1933 American film. Knockout Frankie “Rocky” Morgan (John Darrow) is an aspiring boxer who ignores the advice of his trainer, Flash McQuaid (Matthew Betz), and falls in with a bad crowd. Under pressure from a dangerous gang, Rocky must throw an important fight but will he go through with it? Mickey Rooney also stars as Arthur Wilson, a young man who idolizes Rocky known as “The Kid.” “The Big Chance” is a 1933 classic American film directed by Albert Herman.