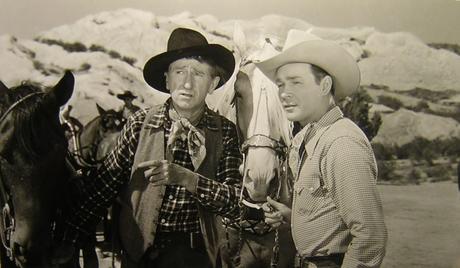 Watch 'Apache Rose' with our fast and smooth mobile player, optimized for your phone and tablet

Can a ruthless man be stopped from going after a family’s ranch that is rich in oil? When Reed Calhoun (George Meeker) learns that the Vega family’s ranch sits on oil, he is determined to get the mineral rights. He tries to saddle Carlos Vega (Russ Vincent) with huge gambling debts and have Rosa Vega (Donna Martell) killed. Can everybody’s favorite lawman, Roy Rogers, and his trusty horse Trigger come to the rescue? “Apache Rose” is a 1947 American western film directed by William Witney. It is noted as the first Roy Rogers western film to be filmed in the Trucolor process.