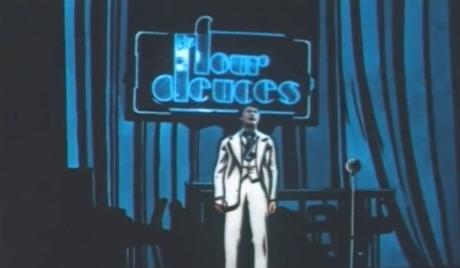 Watch 'The Four Deuces' with our fast and smooth mobile player, optimized for your phone and tablet

Life can be tough in the rough-and-tumble world of hoodlums. Vic Morano (Jack Palance) is a high-ranking mobster just trying to run a successful speakeasy during the U.S. Prohibition era but has to fight an ongoing war against rival hoodlum Chico Hamilton (Warren Berlinger). When he falls in love with a gorgeous blonde, Wendy (Carol Lynley), he shows his softer side. But will he be double-crossed by the person he trusts the most? “The Four Deuces” is a 1975 U.S. film directed by William H. Bushnell.