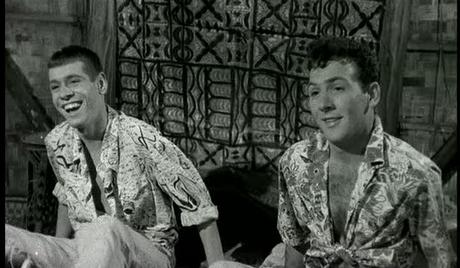 Watch 'The Boys From Brooklyn' with our fast and smooth mobile player, optimized for your phone and tablet

The Boys From Brooklyn

How would you get rid of your competition when trying to win the heart of a beautiful girl? In this American cult classic movie, two city boys (played by Duke Mitchell and Sammy Petrillo) find themselves in the South Sea jungle. When one of them falls in love with the beautiful daughter of the local chief, a local scientist (played by Bela Lugosi) decides to get rid of his competition by turning the man into a gorilla. “The Boys From Brooklyn,” also known as “Bela Lugosi Meets a Brooklyn Gorilla,” is a 1952 American film directed by William Beaudine.

The Boys From Brooklyn Volunteer Team

The Boys From Brooklyn Volunteer Team