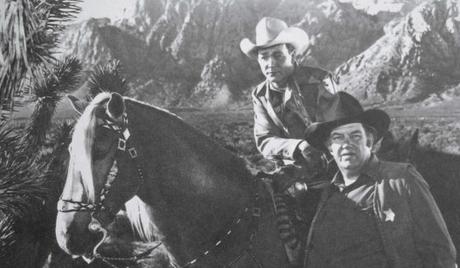 Watch 'Bells of San Angelo' with our fast and smooth mobile player, optimized for your phone and tablet

In this 1947 classic American Western movie, Roy Rogers is a border inspector who keeps a vigilant eye out for people trying to smuggle things in from Mexico to the United States.

When he hears that an American miner, Rex Gridley (John McGuire), is smuggling silver from Mexico to fill his worthless silver mine, Roy has to try to find the secret entrance to the Mexican mine and stop the operation.

Western mystery writer Lee Madison (Dale Evans), who keeps her identity a secret when she realizes that her books are not well regarded by the frontiersmen, tries to help Roy but ends up captured and in need of rescue.

“Bells of San Angelo” is a 1947 American Western film directed by William Witney.