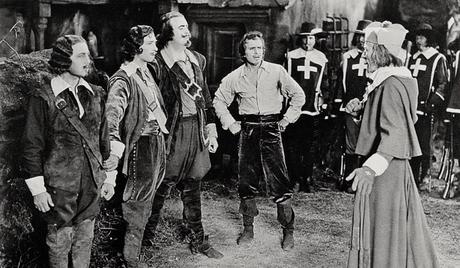 Watch 'The Iron Mask' with our fast and smooth mobile player, optimized for your phone and tablet

“The Iron Mask” is the first American talking film that was directed by Allan Dwan and released in 1929. Douglas Fairbanks stars as D’Artagnan in this classic retelling of the French legend. He sees his beloved Constance (Marguerite de la Motte) die to protect the secret that the King has a twin brother (both played by William Bakewell). The film is an adaptation of a part of the Alexandre Dumas novel The Vicomte de Bragelonne, which is based on the French legend of The Man in the Iron Mask.