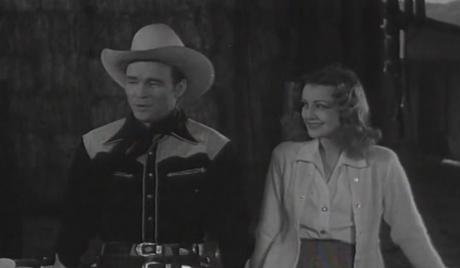 Watch 'Idaho' with our fast and smooth mobile player, optimized for your phone and tablet

John Grey (Harry Shannon) is a former outlaw who turned his life around and is now a respected judge. When Judge Grey tries to open a home for wayward boys, saloon owner Belle Bonner (Ona Munson) is opposed to the idea. To put a stop to the judge’s plans, Belle orchestrates a bank robbery and tries to frame it on Judge Grey. Can Roy Rogers capture the outlaws responsible and clear the judge’s name? “Idaho” is a 1943 classic American western film directed by Joseph Kane.