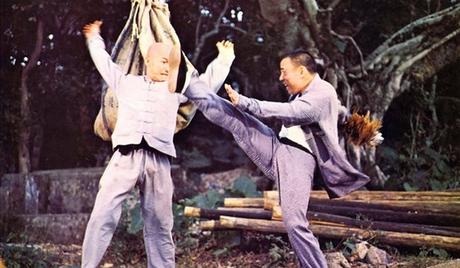 Watch 'Crack Shadow Boxers' with our fast and smooth mobile player, optimized for your phone and tablet

When two conmen are mistaken for expert martial artists, a small village hires them to protect them from a dangerous gang. The Tiger Gang leader also believes that Wu Long (Han Kwok Choi) and Pai San (Ku Feng) are expert kung fu fighters and sends out for reinforcements. Terrified of actually having to face the gang members in a fight, Wu Long and Pai San decide to skip town. But they are struck by a bout of conscience and decide to face the gang in a final showdown. “Crack Shadow Boxers” is a 1979 Hong Kong film directed by Yao Hua Wen.