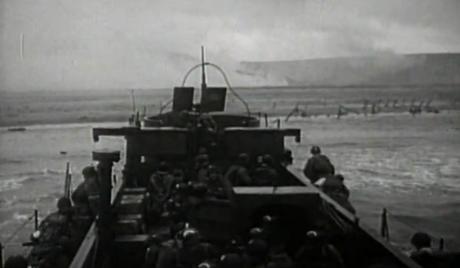 Watch 'D-Day the Normandy Invasion' with our fast and smooth mobile player, optimized for your phone and tablet

Filmed by the U.S. Coast Guard cameramen with additional footage provided by the U.S. Navy and the Army Air Forces, this 1945 American documentary film looks at the historic day of June 6, 1944 – a day known as D-Day but also known by the codename Operation Overlord. That was the day that Allied soldiers took the German Army by surprise and launched a surprise attack on Normandy. The day is referred to as the beginning of the end of World War II. See the behind-the-scenes strategic operations and the stories of heroism that helped to bring the war to an end.