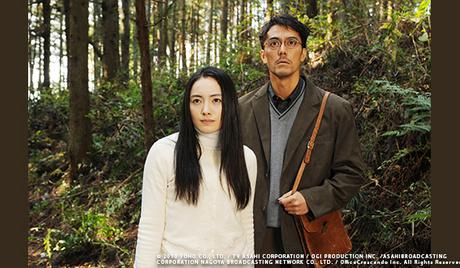 Watch 'TRICK- The Movie-Psychic Battle Royale' with our fast and smooth mobile player, optimized for your phone and tablet

Will a young, beautiful female magician get in over her head when she decides to participate in an epic battle to find the successor for a remote village’s spiritual leader? Naoko Yamada (Yukie Nakama) soon realizes that the competition, which offers a lucrative treasure to the winner, is more dangerous than she thought when a fellow participant begins to kill off the other participants one-by-one! Can Jiro Ueda (Hiroshi Abe), a physics professor and Naoko’s partner in debunking spiritualists, uncover the fraudulent psychic before it’s too late? “Trick the Movie: Psychic Battle Royale” is the third of four feature films in the “Trick” series and originally aired in 2010. It was preceded by “Trick: The Movie” (2002) and “Trick: The Movie 2” (2006) and followed by “Trick the Movie: Last Stage” (2014). The entire series also includes three seasons of a television series that began airing in 2000 and three feature-length television specials. “Trick the Movie: Psychic Battle Royale” is directed by Yukihiko Tsutsumi.