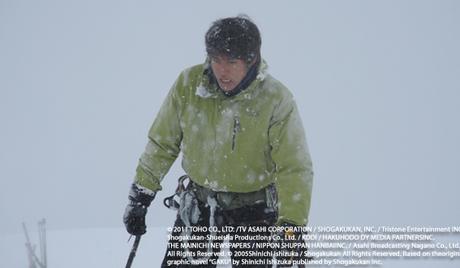 Watch 'Peak: The Rescuers' with our fast and smooth mobile player, optimized for your phone and tablet

Conquering the greatest mountain peaks of the world is a dream for many adventure seekers who love the thrill of accomplishing such daring feats. When their climbing attempts fail, Sanpo Shimazaki (Shun Oguri) comes to the rescue. The avid mountain climber and mountain rescue volunteer wants to share his passion for the mountains with as many people as possible and doesn’t mind helping them out of a jam in the process. When Kumi Shiina (Masami Nagasawa), a newly assigned rescue worker, arrives at the Northern Police Headquarters Mountain Rescue Squad, she tries to learn as much as she can from Commanding Officer Noda (Kuranosuke Sasaki) and Sanpo. But when a string of rescue attempts are unsuccessful, Kumi is stricken with insecurity. But she won’t have a chance to wallow in her own self-pity when an unimaginable natural disaster forces all the volunteers to face their greatest rescue mission yet. “Peak: The Rescuers” is a 2011 Japanese film directed by Osamu Katayama. It is based on the manga “Gaku: Minna no Yama” by Shinichi Ishizuka.