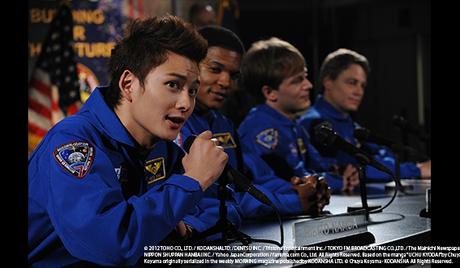 Watch 'Space Brothers' with our fast and smooth mobile player, optimized for your phone and tablet

Childhood dreams don’t always pan out the way you want them to. When brothers Mutta and Hibito Namba were boys, they made a pact with each other to grow up to become astronauts and fly into space together. But in 2025, only Hibito (Masaki Okada) became an astronaut while his older brother Mutta (Shun Oguri) went to work for an automotive company. After Hibito flies to space on a mission, Mutta loses his job. When Mutta then receives an unexpected call from Hibito, Mutta realizes that he must do whatever he can to fulfill his promise to become an astronaut and reunite with his brother. “Space Brothers” is a 2012 Japanese film directed by Yoshitaka Mori. It is based on the 2008 manga “Uchu Kyodai” by Chuya Koyama.