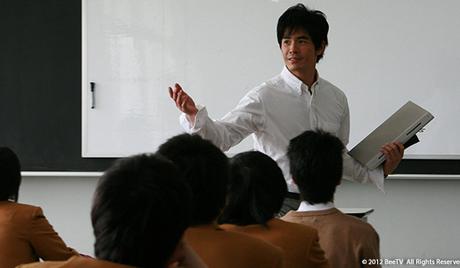 Watch 'Lesson of the Evil (Prologue)' with our fast and smooth mobile player, optimized for your phone and tablet

Lesson of the Evil (Prologue)

What could drive a seemingly perfect teacher to such unspeakable evil? Seiji Hasumi (Hideaki Ito) graduated from Harvard and enjoyed a successful career as an investment banker in the United States before returning to Japan to teach English at an elite private high school. He is respected by his peers and adored by his students. The new school counselor Satoko Mizuochi (Noriko Nakagoshi) is attracted to his brilliant mind and cheerful personality. But when alarming things to start to happen at the previously peaceful school, the physics teacher Masanobu Tsurii (Mitsuru Fukikoshi) begins to suspect that something darker could be lurking behind Hasumi’s perfect demeanor. “Lesson of the Evil: Prologue” is a special four-episode drama that provides a back-story for Seiji Hasumi’s sinister actions in the 2012 “Lesson of the Evil” slasher movie. The 2012 Japanese series is directed by world-known Takashi Miike. It is based on a 2010 novel by Yusuke Kishi.