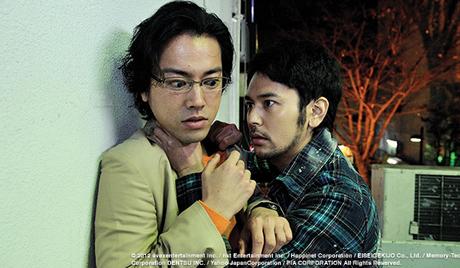 Watch 'Fly with the Gold' with our fast and smooth mobile player, optimized for your phone and tablet

Fly with the Gold

Six men who come together with a grand scheme to steal from a major bank get themselves into more than they had planned. When Hiroyuki Koda (Satoshi Tsumabuki) returns to his hometown of Osaka after 20 years, his college friend, Koji Kitagawa (Tadanobu Asano), helps him get a warehouse job and an apartment. But soon, Kitagawa ropes Koda into his plot to steal gold bars worth 24 billion yen from an underground vault of a major bank. To help them in their heist, they enlist the help of Noda (Kenta Kiritani), a systems engineer who services banks; Pops (Toshiyuki Nishida), a park janitor who is a former elevator operator and knows the inner workings of the target bank; Momo (Changmin), a former North Korean spy and an explosives expert; and Kitagawa’s younger brother, Haruki (Junpei Mizobata), who learns about the plot and is reluctantly allowed to join the group. Embarking on their daring plan, the men manage to rob a transport vehicle carrying dynamite. But when the robbery makes national news, the men find themselves suddenly being pursued by different groups of mysterious men who may be after one of them. As the men start to run from their colorful pasts, will they succeed with their plan to “fly with the gold”? “Fly With the Gold” is a 2012 Japanese film directed by Kazuyuki Izutsu.

Fly with the Gold Volunteer Team

Fly with the Gold Volunteer Team