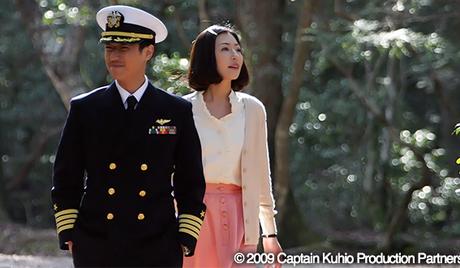 Watch 'The Wonderful World of Captain Kuhio' with our fast and smooth mobile player, optimized for your phone and tablet

The Wonderful World of Captain Kuhio

He was slick. He was smooth. He was debonair. Captain Kuhio (Masato Sakai) is a self-proclaimed U.S. pilot who has been around the world as a jet fighter pilot. He also claims to be a descendant of the Kamehameha Dynasty and his mother is a cousin of Queen Elizabeth’s younger sister’s husband. With these elaborate lies and clever disguises, the charming man wooed several women and swindled an estimated 100 million yen from them. Can a love based on deception endure? “The Wonderful World of Captain Kuhio” is a 2009 Japanese film directed by Daihachi Yoshida. It is based on Kazumasa Yoshida’s 2006 biographical novel, Kekkon Sagishi Kuhio Taisa (Marriage Swindler: Captain Kuhio), which is based on a true story. Masato Sakai won Best Actor and Sakura Ando won Best Supporting Actress for their roles in this film at the 31st Yokohama Film Festival.