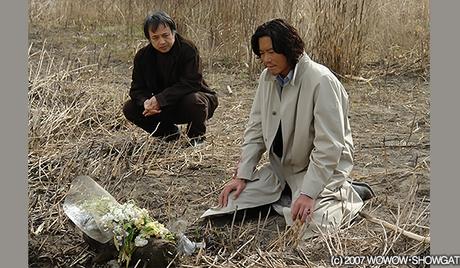 Watch 'The Investigation Game' with our fast and smooth mobile player, optimized for your phone and tablet

A former police superintendent gets a second chance to redeem his reputation and bring a serial killer to justice. When a string of child homicides by a serial killer who calls himself “badman” shakes the city of Kawasaki, Fumihiko Makishima (Etsushi Toyokawa) is asked to take over the investigation after the clues run cold. Makishima has been living in relative obscurity after being demoted and relegated to a small city police department six years ago after he failed to capture a kidnapper. Makishima steps into the very public investigation to have a second chance to catch a wanted culprit and re-establish his reputation. But can he track a faceless killer and bring him to justice? “The Investigation Game” is a 2007 Japanese film directed by Tomoyuki Takimoto. It is based om the novel Hannin Ni Tsugu by Shusuke Shizukui.