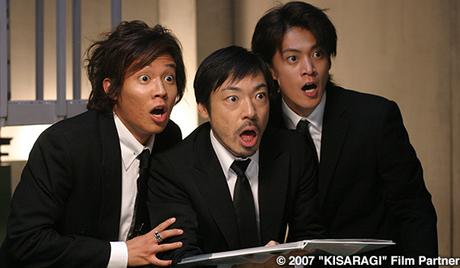 Watch 'Kisaragi' with our fast and smooth mobile player, optimized for your phone and tablet

Miki was not a top-tier model, but she had a small group of devoted fans. A year after the she mysteriously commits suicide, five of her fans decide to come together for a commemorative meeting. Fan club leader Iemoto (Shun Oguri), Oda Yuji (Yusuke Santamaria), Snake (Koide Keisuke), Yasuo (Tsukaji Muga) and Ichigo Musume (Kagawa Teruyuki) meet each other for the first time and begin a heated discussion of the facts surrounding Miki’s death. When the information doesn’t add up, will the superfans uncover the real cause of Miki’s death? “Kisaragi” is a 2007 Japanese film directed by Yūichi Satō. The movie won Most Popular Film at the 31st Japanese Academy Prize and Best Picture at the 50th Blue Ribbon Awards.