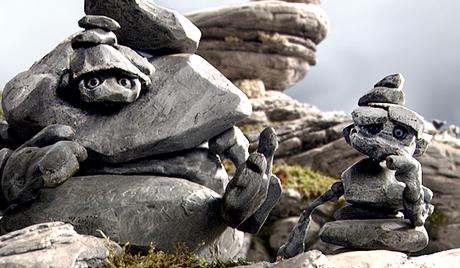 Watch 'Rocks' with our fast and smooth mobile player, optimized for your phone and tablet

If rocks could talk, they would have a lot to say. “Rocks” is an award-winning 2001 German animated short film that follows the evolution of a hillside from ancient times to the present and into the future. Written and directed by Chris Stenner, Arvid Uibel and Heidi Wittlinger, the short film was produced using a mixture of stop motion, puppetry and CGI animation and covers the passage of thousands of years in just 8 minutes. The short film won many film awards and was nominated for an Academy Award in the Best Animated Short category in 2003.