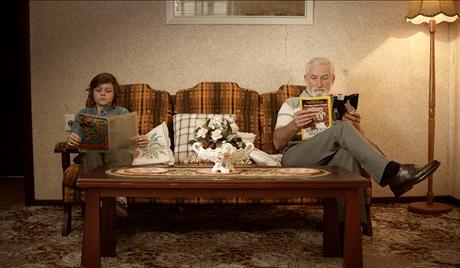 Watch 'Great Adventures' with our fast and smooth mobile player, optimized for your phone and tablet

A young boy’s epic adventures with his grandfather provide a lifetime of great memories. Young Billy (Levi Miller) would visit with his grandfather (Jack Henry) every Sunday afternoon. Although they sat on his granddad’s sofa, their imaginations took them to the farthest reaches of the globe – finding the lost tribes of Ulladulla, capturing pirate ships on the Spanish Main and crossing the Sahara Desert in a hot-air balloon. Twenty years later as Billy (Anthony Edwards) looks at the empty sofa, he realizes that his grandfather is long gone but the exciting adventures they shared still remain. “Great Adventures” is a 2013 Australian short film directed by Gerard Lambkin.