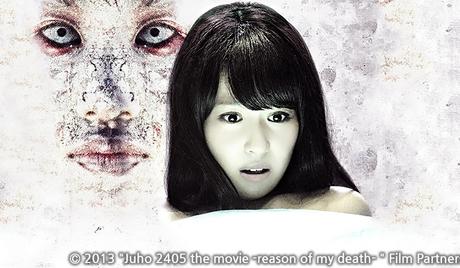 Watch 'Juho 2405 the Movie' with our fast and smooth mobile player, optimized for your phone and tablet

What if your worst nightmare becomes reality? Reika Kitagawa (Yuka Masuda) is a newscaster who anchors a program called “News Facts,” which airs five minutes past midnight every night. One night during a newscast, Reika is reading a broadcast about an accidental death when she is overwhelmed by a pain in her head. After the newscast, she loses consciousness and wakes up tied down to a hospital bed. With no memory of what happened, Reika finds herself in a surreal realm between nightmare and reality. “Juho 2405 the Movie” is a 2014 Japanese horror film. It follows the popular “Juho 2405” television horror drama.