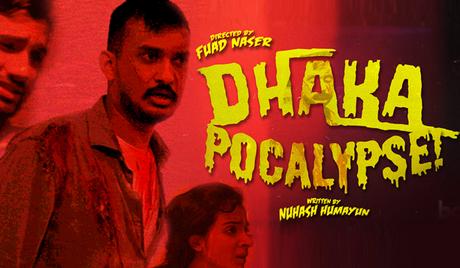 Watch 'Dhakapocalypse' with our fast and smooth mobile player, optimized for your phone and tablet

The Bengali people are made of a tougher cloth. Monsters, petrol bombers and angry mobs are expected occurrences and will barely make the average Bengali’s head turn. So when they hear that zombies are about to attack their city, they may be cynical, go back to what they were doing, or take to social media. But they will not run and scream or change their wedding plans. Or will they? “Dhakapocalypse” is a 2016 Bengladeshi horror film.