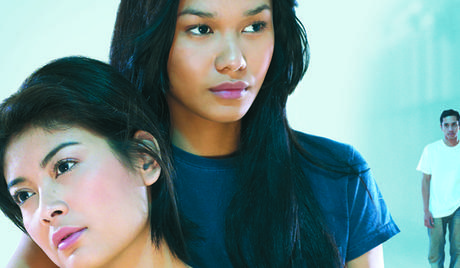 Watch 'About Him' with our fast and smooth mobile player, optimized for your phone and tablet

On the road to mending a broken heart, what choice will a young woman make? Gadis (Sigi Wimala) is a 20-year-old woman who is heartbroken after her boyfriend cheats on her with her best friend. As she slumps into a depression, her college friend Randu (Fauzi Baadilla) is always there by her side to provide her with emotional support. Randu is in love with Gadis but she can only think of him as a friend. Then one day, Gadis is involved in an accident and meets a strong, manly woman named Rudi (Adinia Wirasti). As the two begin a carefree friendship, Rudi develops a protective instinct for Gadis, and Gadis interprets this overprotectiveness as a deepening of their relationship. Can Randu stand by and watch the woman he loves fall in love with another woman? “About Him” is a 2005 Indonesian film directed by Rudy Soedjarwo. The film is based on a short story by Joey Ayala.

About Him Volunteer Team

About Him Volunteer Team