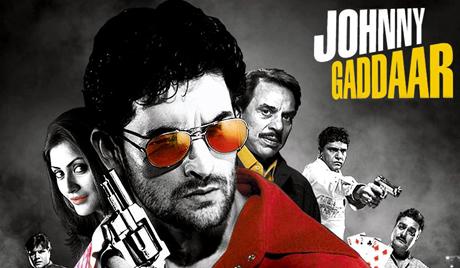 Watch 'Johnny Gaddaar' with our fast and smooth mobile player, optimized for your phone and tablet

Johnny Gaddaar (meaning Johnny the Traitor) is a 2007 Indian crime thriller noir film by Sriram Raghavan; produced under the banner Adlabs . It stars Neil Mukesh, the grandson of legendary singer Mukesh and son of singer Nitin Mukesh in his film debut alongside Dharmendra, Zakir Hussain, Rimi Sen, Vinay Pathak, Daya Shetty and Ashwini Khalsekar. The film has been hailed widely as a path breaking film in the Hindi movie industry. It pays tribute to film noir and the James Hadley Chase stories.