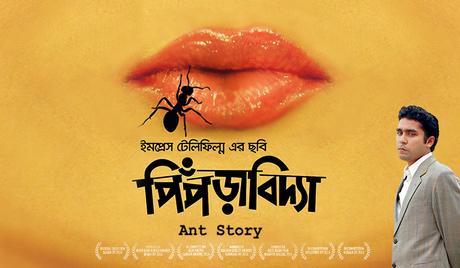 Watch 'Ant Story' with our fast and smooth mobile player, optimized for your phone and tablet

Everyday on the way back to his suburban home on the other side of the river, struggling young graduate Mithu keeps gazing at the dazzling city of Dhaka which is like a big pie. Everybody wants to have a stake in that pie. Mithu feels he is not properly equipped to win over his stake. So he starts to equip himself in an unusual and unethical fashion. He realizes when the world cannot be changed according to his wish; it is easier to create a new customized world in his head! He embarks on a journey of faking, lying, and fantasizing. He feels the immense pleasure of creativity because 'truth is what one has while lies are what one creates'. It then turns out to be a dangerously 'creative' game of sex, lies, and videotape.