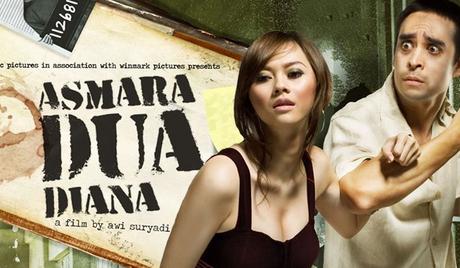 Watch 'Romance of Two Dianas' with our fast and smooth mobile player, optimized for your phone and tablet

Asmara ( Jamie Aditya ) is the most fortunate man. He is married to Diana Wulandari ( Luna Maya ) who are beautiful, is also the only child of a wealthy businessman in Jakarta travel. He was entrusted with the company by-laws. Legacy unfolds before the eyes. Misfortune only one, he has a problem with fidelity. Asmara which is essentially sociable and good man, easy to attract the hearts of women. Until the time he met with Diana Dwiyana ( Aura ) sexy and charming. After dating many times, Diana Dwiyana pregnant and ask Asmara claimed responsibility. He turned out to be the sister of a colonel who could be rude to the person who harassed her family. On the other hand it turns out Diana Wulandari also pregnant. His family welcomed joy. As a gift, Asmara created a new company. Diana Dwiyana, can not wait, he threatened to tell his wife will Asmara Asmara affair with her. Asmara panic and fear immediately hire Bakri, an assassin for meng'hilang'kan Diana Dwiyana. Due to panic, Asmara blurred out of town and disappeared. When run, he was met by a thug who just got out of prison. He was enlightened from the thugs who told him that the safest place was a prison. No one can touch us. Asmara also got a brilliant idea, he should go to jail. Then Asmara would often find gara gara to jail time. Until all guards are bored and revenge on her. Basic ingenious, Asmara even create new businesses in prison. He also became a favorite prisoner.