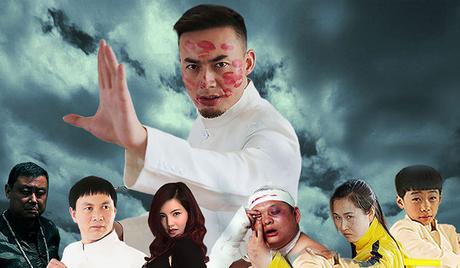 Watch 'Fist of Glory' with our fast and smooth mobile player, optimized for your phone and tablet

When a filmaker decides to make a movie about the skill of the martial art called:  Wing Chun (according to hystory developed by a woman during the Qin Era), ne never thought he would start a war with the gangsters that won't let the good, struggling people, live in peace.

A war were women and men are skillful enough and willing to fight to defend the one's they love.  This movie is mixed with a lot of action packed scenes and as usual with the characteristic of chinese writers, they mixed funny scenes that will make you roll in the floor with laughter. Emotional and funny, but above all worth watching.

Wing CHUN:It is believed that a woman had been a spectator to a fight between a snake and a white crane and, from this fight, combined with her knowledge of Shaolin kung fu, she developed the key elements that is known as the Wing Chun kung fu.