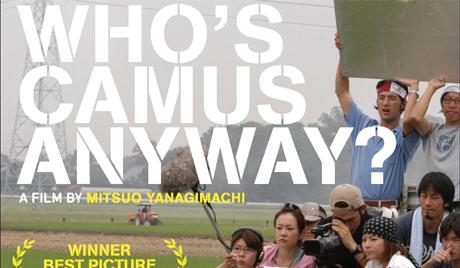 Watch 'Who’s Camus Anyway?' with our fast and smooth mobile player, optimized for your phone and tablet

Film students at a Tokyo university wrestle with their own personal dramas as they prepare for a class project to shoot a film called “The Bored Murderer.” Student director Matsukawa struggles to keep his emotionally needy girlfriend at bay while trying to focus his cast and crew on rehearsals, budgets and props in the final days before shooting. How much wiill the lines between fiction and reality be blurred in their singular quest to make a great film?