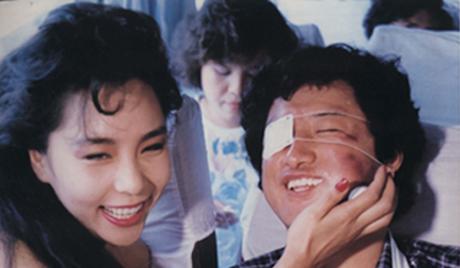 Watch 'A Wonderful World' with our fast and smooth mobile player, optimized for your phone and tablet

A big city like Seoul can be a land of opportunity for some people who come there from more rural and poorer communities. After failing at both business and love in the countryside, Man Seok (Jin Yu Yeong) arrives in Seoul to try to find a better life. He works several odd jobs, including working at a motel and restaurant, to try to make as much money as possible. At one of his jobs, he meets the beautiful Su Ja (Kim Jin A), an orphan who became successful in the motel business, and they become close. When Man Seok starts work as a debt collector for a local lounge bar, he becomes disenchanted with the seediness of city life and wants to return to his rural hometown. Su Ja promises to go back with him but changes her mind when she is offered an important position in the local organized crime ring. Disheartened, Man Seok returns to the countryside by himself. Will Man Seok also strike out again in love in the big city? “A Wonderful World” is a 1988 South Korean film directed by Eom Jong Seon.