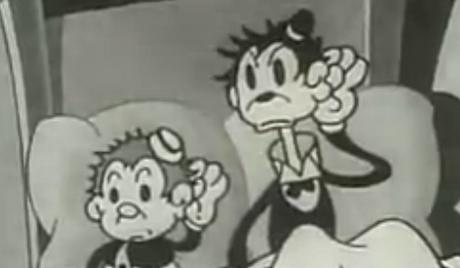 Watch 'Dick & Larry' with our fast and smooth mobile player, optimized for your phone and tablet

“Dick & Larry” is an early animated series that starred a mismatched duo and was produced by Van Beuren Studios and distributed by RKO Pictures. The series, which was originally named “Tom and Jerry,” was produced from 1931 to 1933. It was renamed “Dick & Larry” in the 1950s to avoid confusion with the popular cat-and-mouse cartoon series that was produced by MGM from 1940 to 1957. The tall-and-short pair shared many misadventures as they try different occupations or escape predicaments.