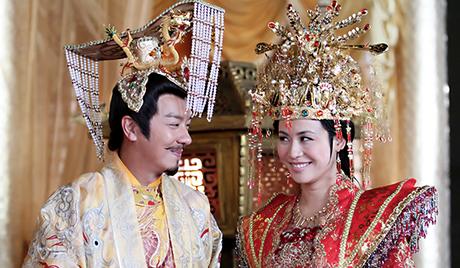 Watch 'Love Amongst War' with our fast and smooth mobile player, optimized for your phone and tablet

On a fateful night, a baby boy is born with a jade pendant and character etched into his left shoulder that reveals his real identity — as the son of the emperor. But due to the threats to his life, the baby grows up an orphan and is raised by a man who names him Xue Ping Gui. When Ping Gui (Benny Chan) grows up, he meets and falls in love with Wang Bao Chuan (Jessica Hsuan), the third daughter of the prime minister to the emperor. But the prime minister does not approve of the lowly status of Ping Gui, and the couple must face many obstacles placed by family and society during the Tang Dynasty. How much will the two sacrifice for the sake of their love? “Love Amongst War” is a 2012 Chinese drama series.