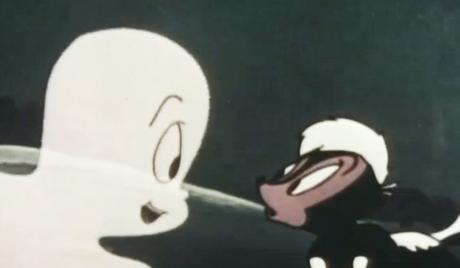 Watch 'Casper the Friendly Ghost' with our fast and smooth mobile player, optimized for your phone and tablet

“Casper the Friendly Ghost” is a classic U.S. animated character that was first created in the late 1930s by Seymour Reit and Joe Oriolo for a 1939 children’s storybook. The character was turned into animated character in “The Friendly Ghost,” which was released by Paramount Pictures’ Famous Studios in 1945. “Casper the Friendly Ghost” animated series was then broadcast from 1950 to 1959, and the character went on to become one of the most famous characters from Famous Studios. The shows ran in syndication into the 1990s. Most episodes revolved around Casper escaping from the regular life of ghosts because he doesn’t want to scare people and going out into the world in search of friends who will not be afraid of him.