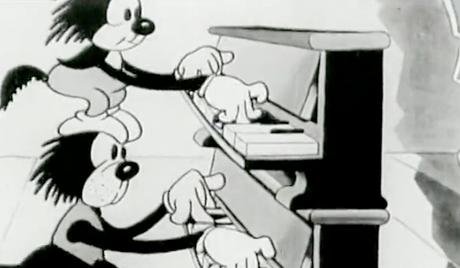 Watch 'Aesop's Fables' with our fast and smooth mobile player, optimized for your phone and tablet

“Aesop’s Fables” was a series of animated short subjects that was created by American cartoonist Paul Terry, who was inspired to make the series by Howard Estabrook, an actor who became a writer. The series launched with “The Goose That Laid the Golden Eggs” in 1921 and enjoyed great popularity throughout the 1920s. The series was loosely based on the original Aesop’s Fables but ended with a funny moral of the story that often had nothing to do with the story itself. Some of the morals included “Go around with a chip on your shoulder and somebody will knock your block off” or “Marriage is a good institution, but who wants to live in an institution?”