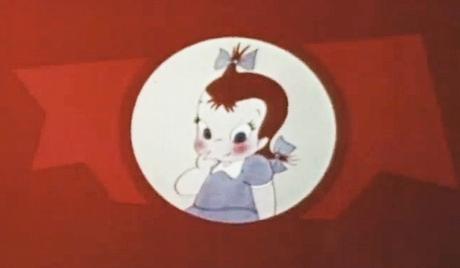 Watch 'Little Audrey' with our fast and smooth mobile player, optimized for your phone and tablet

“Little Audrey” is an animated young girl character known for her outburst of laughter that first appeared in the Noveltoon “Santa’s Surprise” in 1947 and appeared in many other American cartoons from 1947 to 1958. After Paramount Pictures decided not to renew the license of better-known character Little Lulu, the studio created a variation of that character with Little Audrey.

Many of the early episodes of the series involved childlike fantasy and dream sequences that allowed Little Audrey to go on adventures like riding the clouds with Mother Goose and going underwater with catfish. The Little Audrey character, which was quite popular for some time across media in animated shows, comic books and a brief comic strip, lasted until 1976. But it has since undergone many revivals and guest appearances in later series and films.