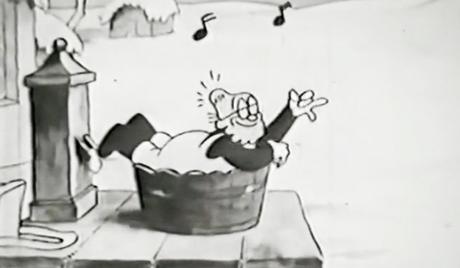 Watch 'A Paul Terry Cartoon' with our fast and smooth mobile player, optimized for your phone and tablet

Paul Terry was a prolific American cartoonist and film producer who is credited for producing more than 1,300 cartoons during his 40-year career between 1915 and 1955. Born on February 19, 1887, in San Mateo,California, Paul Houlton Terry was raised in San Francisco and worked as a news photographer and cartoonist for local newspapers before transferring to New York. Beginning in 1914, Terry began to produce animated films after seeing Winsor McCay’s “Gertie the Dinosaur.” In 1916, Terry began working for J.R. Bray Studios, where he directed and produced 11 Farmer Al Falfa films. In 1917, Terry formed his own production company, Paul Terry Productions, and produced nine more animated films before closing his studio to join the U.S. Army and fight in World War I. In 1920, Terry partnered with Amadee J. Van Beuren to start Fables Studios, but the partnership only lasted until 1929, when Terry started up Terrytoons studio in New Rochelle, New York. Terrytoons produced many of the animated characters that are still widely known today, including Gandy Goose, Mighty Mouse, Heckle and Jeckle, Little Roquefort, Barker Bill and many others. Terry died on October 25, 1971, but his legacy and characters live on.