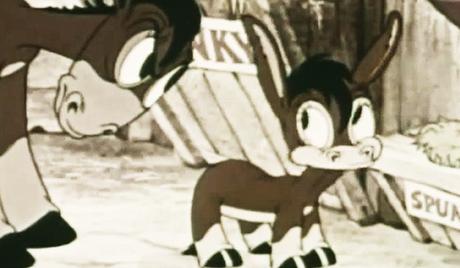 Watch 'Hunky and Spunky' with our fast and smooth mobile player, optimized for your phone and tablet

“Hunky and Spunky” is a series of animated short subject films produced by Fleisher Studios for Paramount Pictures from 1938 to 1941. The animated series follows the adventures of Hunky, a mother burro (a small donkey), and her young son, Spunky. Filmed in Technicolor, the series was nominated for an Academy Award for Best Short Subject (Cartoons) in 1938.