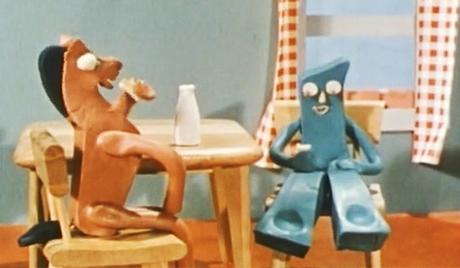 Watch 'A Gumby Adventure' with our fast and smooth mobile player, optimized for your phone and tablet

“A Gumby Adventure” is a classic U.S. animated series featuring the famous green clay humanoid character named Gumby. The character was created in the early 1950s by Art Clokey, who also created “Davey and Goliath.” The character is considered to be a well-known example of stop motion clay animation and has become a popular cultural icon over the years. Gumby is accompanied on his many adventures by his friend, a talking orange pony named Pokey.