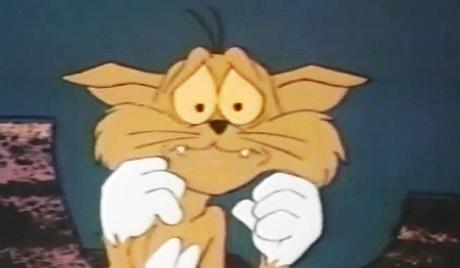 Watch 'Fraidy Cat' with our fast and smooth mobile player, optimized for your phone and tablet

“Fraidy Cat” is a classic U.S. animated series that originally appeared in 1975. The series is about an unlucky cat that has used up eight out of its nine lives and is living its ninth – and last – life. When the cat accidentally says the numbers one through nine or any words that sound like the numbers, a ghost from one of its previous lives comes back to further torment the poor cat.