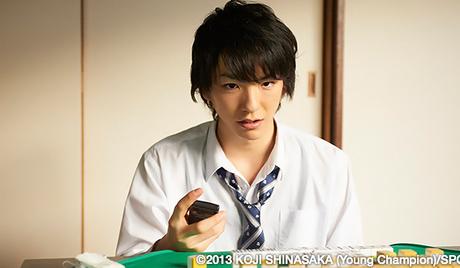 Watch 'Tohai I' with our fast and smooth mobile player, optimized for your phone and tablet

In the underground world of illegal mahjong, what does it take to be No. 1? K (Goki Maeda) is a high school student who gets pulled into the dangerous world by a man known as Seki (Satoshi Ichijo). After winning an epic battle, K has the chance to take the money and leave but he chooses instead to save Amina (Akane of idol girl group ACTRY), a young girl from another country who was treated like a pet/slave. But in order to keep protecting Amina, K is pulled back into the underground mahjong world and must defeat his biggest rival, Dojima (Hidekazu Ichinose), to make it out alive. Earning the nickname “Frozen K” for his prowess at the game, can K win the most important game? “Tohai I” is a 2013 Japanese series directed by Yuichi Onuma that is based on a manga by Kouji Shinasaka.