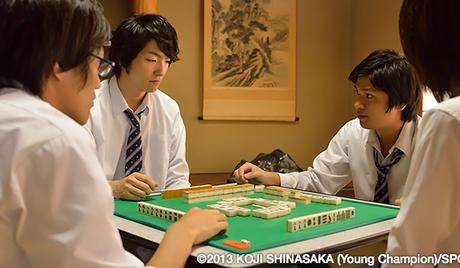 Watch 'Tohai II' with our fast and smooth mobile player, optimized for your phone and tablet

When a genius high school boy faces the toughest opponent in the underground world of mahjong, can he win the biggest game of his life? High school student K (Goki Maeda) is a ruthless mahjong genius who has earned the nickname of “Frozen K” because of the cold, calculated way that he plays the game. When he decides to enter a national mahjong championship tournament, he must go up against the best players in the country. But does K have what it takes to beat Tsuji, the “legendary mahjong player”? “Tohai II” is a 2013 Japanese film directed by Yuichi Onuma based on a manga by Kouji Shinasaka.