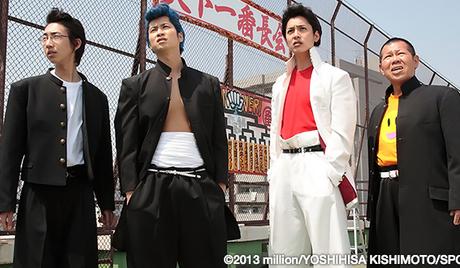 Watch 'Renegade' with our fast and smooth mobile player, optimized for your phone and tablet

A transfer student to Nekketsu High School suddenly becomes the target of all the bad boys in the country because of a mysterious school uniform. Kunio (Takuro Ono) has been known as a “bad boy with justice” because of his desire to fight for what’s right and protect the weaker students around him. On the first day at his new school, he finds a mysterious “hakuran,” a legendary white school uniform that belongs to a society of the “bad boys” from across the country. When Kunio tries on the uniform, bad boys from across the country start to challenge him. Can Kunio survive the attacks and find his rightful place at his new school? “Renegade” is a Japanese film that is based on the video game Nekketsu Kōha Kunio-kun released May 1986 in Japan.