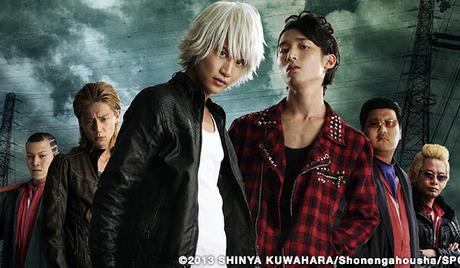 Watch 'Nijimaru Rangers' with our fast and smooth mobile player, optimized for your phone and tablet

Can two high school boys become the top fighters of Narashina city to get their hands on a much sought-after treasure? Jun Nijikawa (Manpei Takagi) and Shoumaru Haguro (Toshi Takeuchi) lead a group of boys known as the Nijimaru Rangers at Kamagaya High School. They want to find the “Infinity Gold,” a treasure that is protected by a legendary group called the Kanto Mugengou. In order to obtain the Infinity Gold, the Nijimaru Rangers must become the best fighters in the city. When Shoumaru unexpectedly gets arrested, can Jun and the rest of the Nijimaru Rangers beat all the other rival groups to attain the top position? “Nijimaru Rangers” is a 2013 Japanese film.