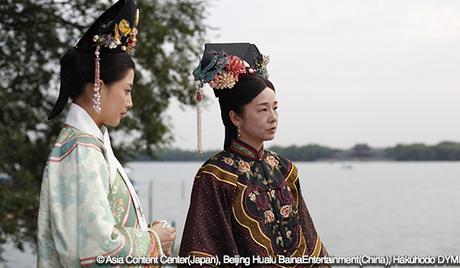 Watch 'The Firmament of the Pleiades' with our fast and smooth mobile player, optimized for your phone and tablet

The Firmament of the Pleiades

Two young men looking for a better life enter the royal palace in the midst of a tumultuous political era of the late Qing Dynasty. Chun Er (Yu Shao Qun), a poor peasant boy, and Liang Wen Xiu (Zhou Yi Wei), who grew up in a wealthy household, find their fates are tied together in unexpected ways. The two young men and Chun Er’s younger sister, Ling Er (Zhao Li Ying), travel to the Forbidden City together to look for a better future. Wen Xiu scores the highest on an imperial exam and secures an important position in the Qing court and becomes the confidante of the Emperor Guang Xu (Zhang Bo). Chun Er castrates himself and enters the palace as a eunuch, moving up in the ranks and eventually winning favor from the Empress Dowager Ci Xi (Tanaka Yuko). Will Chun Er and Wen Xiu end up on different sides of a power struggle within the court? “The Firmament of the Pleiades” is a 2010 Japanese and Chinese drama series directed by Wang Jun. It is based on the popular novel Sokyu no Subaru by Asada Jiro.

The Firmament of the Pleiades Volunteer Team

The Firmament of the Pleiades Volunteer Team