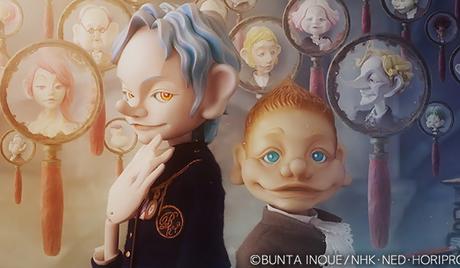 Watch 'Sherlock Holmes (Puppet Entertainment)' with our fast and smooth mobile player, optimized for your phone and tablet

The beloved characters of Sir Arthur Conan Doyle come to life as puppets! In this entertaining Japanese series, Sherlock Holmes (voiced by Kouichi Yamadera) is ever the authority-defying troublemaker at Beeton School, a boarding school in London. John H. Watson (voiced by Wataru Takagi) transfers to the school and becomes roommates with Holmes in room 221B at Baker House, one of the houses at the school. Watson is feeling down after a rugby injury forced him to retire from the sport, but he takes solace in writing down everything that goes on around him in his “Watson memo.” Although lazy in his schoolwork, Holmes uses his keen observation skills to solve issues that come up at the school at the request of teachers and other students. Soon, Watson gets in the thick of the crime-solving adventures with Holmes and the inseparable crime-fighting duo is formed. “Sherlock Holmes” is a 2014 Japanese puppetry series directed by Studio Nova.