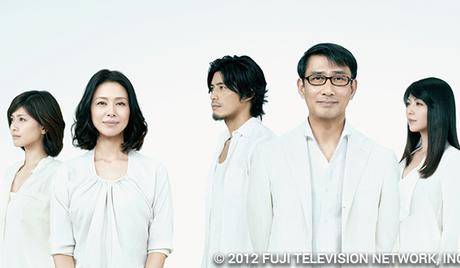 Watch 'Second to Last Love' with our fast and smooth mobile player, optimized for your phone and tablet

The wonderful thing about love is that it can happen to anyone at any age. Chiaki Yoshino (Kyoko Koizumi) is a TV producer who is still single at the age of 45 because she has always focused on her career. Although her current life is very different than she envisioned it when she was younger, she is fine with living out her life in a small town and growing older with a friend or alone. Taking steps to make that happen, Chiaki buys an old house in Kamakura while still working at a TV station in Tokyo. In Kamakura, Chiaki meets Wahei Nagakura (Kiichi Nakai), a 50-year-old widower who works at the Kamakura City Hall. Will Chiaki have to rethink her future again as she begins to develop feelings for Wahei? “Second to Last Love” is a 2012 Japanese drama series directed by Reiko Miyamoto. “Second to Last Love” aired from January to March 2012 (episode 1~episode 11), and the special “Second to Last Love Fall 2012” (episode 12) aired later that year.