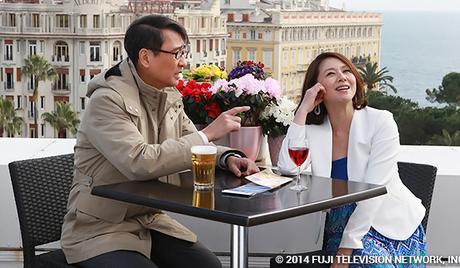 Watch 'Second to Last Love 2' with our fast and smooth mobile player, optimized for your phone and tablet

Romance at any age can have many challenges, especially when the family tries to interfere. Chiaki Yoshino (Kyoko Koizumi) is a 48-year-old TV producer from Tokyo who bought a house in scenic Kamakura, where she meets the 52-year-old widower Wahei Nagakura (Kiichi Nakai). As their relationship grows, Wahei’s family gets in the way of their budding romance. Wahei’s brother, Shinpei Nagakura (Kenji Sakaguchi), also tries to court Chiaki while Wahei’s sister, Noriko Mizutani (Naoko Iijima), is determined to give Chiaki a hard time. With so many family complications, can Chiaki and Wahei’s relationship survive? “Second to Last Love 2” is a 2014 Japanese drama series directed by Reiko Miyamoto. It is the second season of “Second to Last Love,” which originally aired in 2012.