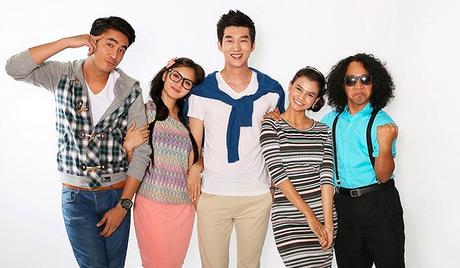 Watch 'Autumn in My Heart Season 1' with our fast and smooth mobile player, optimized for your phone and tablet

Autumn in My Heart Season 1

Once bitten by the Hallyu bug, it’s hard to go back. Nina (Hanez Suraya) is a young Malaysian woman who works in a bakery. All of her free time is filled with anything K-pop or K-drama related. Any chance she gets, Nina lives and breathes Korean culture and language, talks about K-dramas with her best friend, Jaja (Ezzaty Abdullah), who is equally obsessed. When a handsome young Korean man, Park Au Tum (Kim Jin Sung), visits the bakery while on a business trip, Nina is instantly smitten. Because “Autumn” barely speaks English and Nina’s Korean is not that great, Nina enlists the help of her coworker, Zidick (Aiman Hakim), who knows how to speak Korean because he spent his teen years in Korea. While fighting off pranks by their boss’ son, Kai (Anas Ridzuan), Zidick tries to help Nina woo Autumn. When Zidick also develops feelings for Nina, which guy will become her ideal man? “Autumn in My Heart Season 1” is a 2013 Malaysian web series. 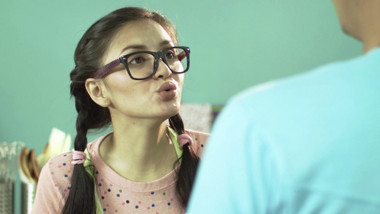